Her current project, MORE THAN I REMEMBER is in post production and received the IDA Enterprise Fund from the International Documentary Association.

After obtaining her MFA, Amy spent a few years in New York, working on a number of projects with Maysles Films, camera assisting on “30 Rock,” shooting for MTV’s high school reality series “MADE,” and studying photography with documentary photographer Amy Arbus.

Her first documentary film HOUSE OF ELEGANCE, about the transformative powers of a historic beauty salon in Austin’s diverse and ever-changing East Side, was featured on the Independent Lens online shorts festival, and was part of a Lonestar Emmy winning episode of the KLRU series “Docubloggers” in 2007.

Her film THE VILLE, about one of St Louis’s most racially charged yet historically significant neighborhoods, won a Juror’s Citation the Black Maria film festival, “Best Local Documentary” at the St. Louis International Film Festival, and numerous awards at other festivals. It was described as “lyrical” and considered a “totally captivating look at contemporary urban America” by the Missoula Independent.

Her first feature film as a Director of Photography, LOVES HER GUN, tackles the issue of guns in modern society, and won the Louis Black Spirit of Texas Award premiered at SXSW (2013). The film, though based on actual events, was largely improvised and relied on intuitive and sensitive camerawork and close collaboration with director Geoff Marslett.

She was an additional cinematographer on the Sundance documentary HOLY HELL (2016), based on 25 years of footage inside a spiritual cult, and how the former members have transformed their lives since leaving the community.

Her short film BAD AT DANCING won the Golden Bear at Berlinale (2015). 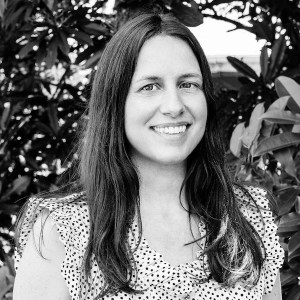 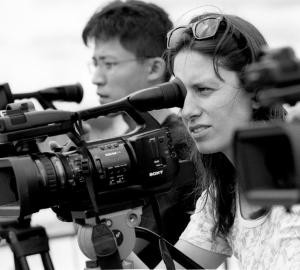 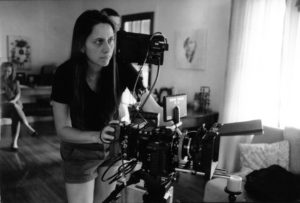